Dan Pietruszka Takes on the Hammers 8 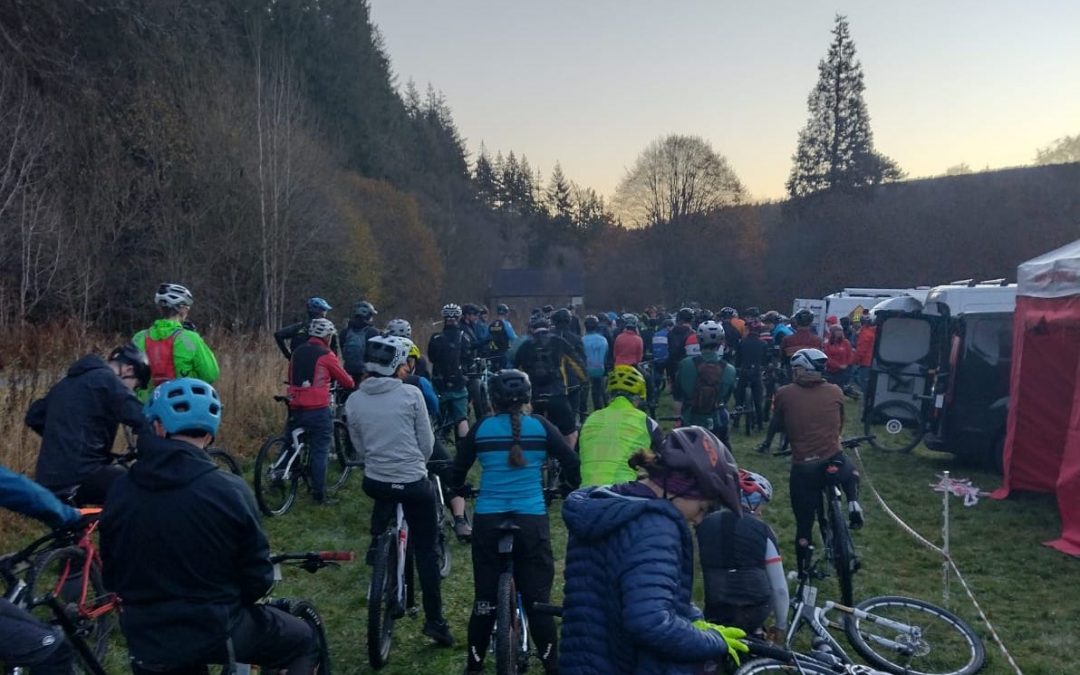 Dan Headed to the Hammers 8 to pit himself agains the North East’s finest endurance racers. Here’s how he got on;

This was my first race after 2 years of not competing, and to say I was anxious was an understatement. I’d not managed to get any decent days out so my fitness felt a little under par, and the weather forecast said the temperature was to drop for this race to a little over freezing. “So let’s enter an 8hr race and camp at Hamsterley forest the night before!” Cold Brew Events’ reputation for setting brutally tough courses (think Kielder Chiller, Clennel Colossus, Naughty Northumbrian) preceded the event, so I knew it would be a tough one.

Getting settled the night before was a breeze (pun intended!), and as the night went on it got really cold. Waking up in the morning, I felt colder still but two porridge pots and a cuppa helped that. Registration was 6am onwards with briefing at 7:45 and the race at 8am with about 90 or so riders on the start. When I said Cold Brew Events sets a harsh course, I wasn’t wrong. The course was a figure of 8 loop at roughly 7 miles; it starts along the fire road near to where Nitrous finishes then turned up into the woods next to Nitrous. You then join the fire road to the end of Transmission. Here you head up the last little section of that to a technical climb of deep ruts, roots and mud. From here it’s fire road to Polty’s, K-Line, Transmission, Accelerator and Nitrous. This is apparently XC now!

Now we’re half a lap in we climb over a man-made bridge which takes you over the roll up to the first climb, and loop back on ourselves for the next nuts climb; up the last section of black descent. From the fire road at the top, you ride to Route 666, then take the direct climb which was again rutted, stony with plenty of steps and plenty of soft sand up to the dry stone wall (they closed the official climb, so no option). Cleaning this climb was tiring but oddly satisfying, it was then along the top and down over the large roots and onto Odd Socks, Two Wheels and Troll Wood then fire road back to the start/finish line. A long, technical figure of eight!

Annoyingly I only managed 4 laps, riding a course like this on a hardtail left me feeling rather fatigued and resulted in my neck muscles tightening up a lot. But watching the other racers was quite something, the speed the front riders are climbing at was impressive to watch, especially given they keep that same pace for 8 hours. There were even a few single speed riders! I was happy with climbing Route 666 3 times and only pushing on the last lap for the last section of it, but the course was great, and it was dry at least.

This is the first time a Cold Brew Events race has broken me, but I’ll definitely be at the next one to ride the whole 8 hours!